Saint-Gobain Portugal S.A. is a subsidiary company belonging to the French multinational corporation Saint Gobain, founded in 1665 in Paris and headquartered on the outskirts of Paris, at La Défense and in Courbevoie.

Originally a mirror manufacturer, it now also produces a variety of construction, high-performance, and other materials.

Saint-Gobain launched the challenge “Tile grout as a ceramic in advanced materials”.

The application of tile grout between ceramic tiles is used primarily to create a seamless appearance, as well as protecting the tiles and the surface underneath from dirt and moisture. Saint-Gobain was searching for a partner to collaborate with on developing a similar texture tile grout that had a mechanical and fungi resistance of a ceramic tile.

Haydale is a global technology solutions company, passionate about creating the next generation of advanced materials to improve mechanical, thermal and electrical properties for their customers using its patented HDPlas process.

Haydale brings cutting-edge technology and engineering expertise together to create material change. With a portfolio of customisable functionalised nanomaterials for a wide range of applications, Haydale offers end-to-end support from sourcing the correct material for a specific application to creating commercial products. 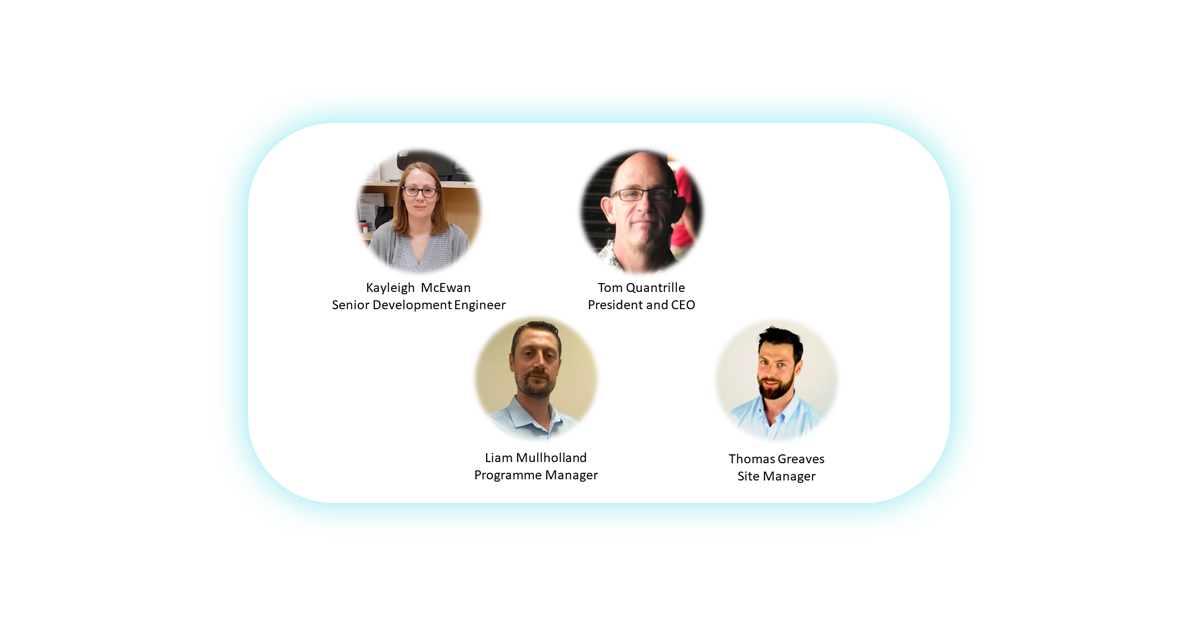 The aim of the collaboration between Saint-Gobain and Haydale was to develop a tile grout that was easy to apply and that could come as close as possible to the texture of conventional tile grout, but with the mechanical resistance and fungi/algae resistance to match the ceramic tile itself.

CeramycGuard is exclusively distributed by Haydale in the UK. Developed and manufactured by Zirconia using Haydale’s proprietary silicon carbide microfibres, the surface treatment is the first ceramic-polymer coating that protects concrete and rebar assets, such as bridges, water utilities and flooring.

Haydale is currently focused on the repair rather than replace application of the CeramyGuard to protect pre-existing assets against corrosion and microbial damage, increasing the lifetime of these structures potentially by up to 30 years in harsh, chemical environments – an approach with the potential to significantly reduce CO2 emissions.

Given the versatility of the product and the advanced materials knowledge within Haydale, the company reformulated CeramycGuard to produce a protective tile grout to be used as an improved, more “ceramic like”, replacement to conventional grout, providing a novel solution to Saint-Gobain’s challenge. Within the project the durability and chemical resistance of the CeramycGuard tile grout was evaluated and compared to a benchmark tile grout product provided by Saint Gobain.

A CeramycGuard kit was also delivered to Saint Gobain for their own trials with similar observations made. The technology has a lot of merits and based on the current testing looks like a good candidate to alleviate some of the more prevalent issues currently observed in standard grouts.

The project started in September 2021 and ended in March 2022. PITCCH supported the first phase with the intention to facilitate the initiation of longer-lasting Open Innovation collaborations and stimulate the adoption of this approach by companies.

The project highlighted the versatility of the CeramycGuard chemistry and demonstrated some compelling improvements to the mechanical properties and chemical resistance of the grout formulations.

The collaboration was straightforward, with both sides working towards a common goal, and in an informal environment that proved productive during the technical discussions that took place between the two companies.

Saint-Gobain’s initial expectations were achieved. However, further development would be required to move towards a market-ready product. The PITCCH project has allowed more to be learnt about the versatility of CeramycGuard and potential new markets for the product to be explored.

Subscibe for the latest news

Get early access to the latest PITCCH’ news and updates.